Welcome to the Harvesters Community, which meets Sunday mornings at Perimeter Church. Singles or couples will enjoy the opportunities for fellowship, Bible study and a welcoming community for developing new friendships.

On December 4, 1953, C.S. Lewis wrote the following letter to Sir Stanley Unwin regarding the publication of J.R.R. Tolkien’s book, The Lord of the Rings: “Dear Mr. Unwin, I would willingly do all in my power (emphasis added) to secure for Tolkien’s great book the recognition that it deserves…I can’t tell you how much we think of your House for publishing it. Yours sincerely, C.S. Lewis.”

In his famed dystopian novel, 1984, George Orwell mused that “Big Brother is infallible and all-powerful” and that “Doublethink means the power of holding two contradictory beliefs in one’s mind simultaneously, and accepting both of them.” China’s Communist Party Chairman, Mao Tse-tung, admitted that “political power grows out of the barrel of a gun.” In his acclaimed, Pulitzer Prize-winning memoir, The Education of Henry Adams, Adams noted that “power is poison.” Lord Acton, in a letter to Anglican Bishop Mandell Creighton in 1887, famously declared that “power tends to corrupt, and absolute power corrupts absolutely.” Built in five years between 1931 and 1936, the Hoover Dam generates, on average, about 4 billion kilowatt-hours of hydroelectric power each year for use in Nevada, Arizona, and California - enough to serve 1.3 million people.

These are but a few of the many ways that the word power is used in the English language. Instantaneously, we understand that we are speaking about might, strength, control, and influence, though it is possible for us to think of the word in narrow terms and forget how we exercise it and live under those who hold it. In a small sample, we recognize that power may be seized, relinquished, transferred, real or perceived, personal or collective, intoxicating, absolute or derived, despotic, corporate, pure, exercised, political, economic, seductive, atomic, physical, spiritual, mental, blind, balanced, limited, consolidated, supreme, harnessed, conferred, stripped, or feared.

Power in itself is not evil. After G.K. Chesterton’s death on June 14, 1936, Irish scholar and priest Vincent McNabb wrote an article entitled In Memoriam in G.K.’s Weekly. As a good friend who knew Chesterton well, he was able to say what surely must be rare words about any human: “God’s greatest gift to Gilbert Chesterton was a heart that could seek neither wealth nor power, so deeply did he love the people. Even those who knew him least – say, by the books he wrote and they read – were conscious that his heart was no little part of his manifest greatness. But those who knew him best and marveled at his gifts of mind, knew that his still greater gifts of heart were needed and used to keep the balance of his soul.” (Note: Chesterton wrote 160 books in his lifetime).

On the other hand, far too many people abuse power during the course of their lives. “The abuse of power,” wrote Simone Weil, “is not of God. It comes from the natural tendency of every form of collectivism, without exception, to abuse power.”

The triune God alone is all-powerful. He is the Almighty. He is El-Shaddai, the song that Amy Grant recorded in 1982. From Creation to Consummation, those who have ears to hear recognize the “thunder of His power.” Therefore, “nothing can happen to us that is harder than making the world out of nothing. No power can rifle (steal) what we commit to Him” (Stephen Charnock). Please join us for this series on The Immeasurable Greatness of God’s Majesty and Power and allow yourself to be taken up into God’s mighty arms. 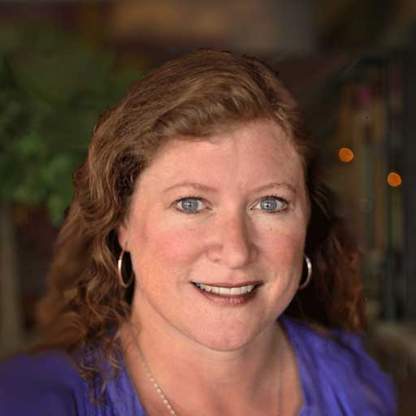